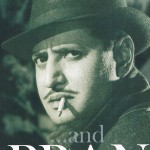 “Sir Turn left … no right…..no  …no… no… go straight…..” screamed Aravind shuttling his eyeballs between the streets and the map in the 4 inch screen of the iPhone. “Is it right right or left?” asked Dr. Ajith without loosing his temper amid the hullabaloo of the city. “Left sir… left” replied Aravind having full
Read More