Unrequited love against the backdrop of gorgeous contours and colours of the desert. Yashraj Films’ Lamhe brings this imagery to life with finesse. This 1991 film directed and produced by Yash Chopra is a tribute to love, passion and relationships. The story by Honey Irani is a rather unique one defying societal norms and conventions. 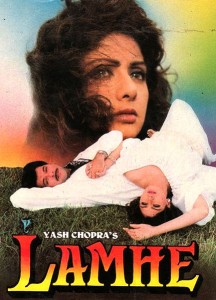 Veeren (Anil Kapoor) arrives in Rajasthan for the first time with his foster mother Daai-ja (Waheeda Rehman). As it happens in classic love stories, he falls hopelessly in love with Pallavi (Sridevi). Her beauty and goodness of heart capture his attention every moment of the day. Every meeting with Pallavi makes him feel closer to her. Despite being younger than her, and being reminded of it by Daai-ja, Veeren’s fascination and love for Pallavi knows no bounds.

Veeren and Pallavi’s interactions throughout the film are laced with the charming music and dances of Rajasthan. Music directors Shiv-Hari’s melodies lend Lamhe its own unique character. Morni Baaga ma bole and Megha re Megha by Ila Arun and Lata Mangeshkar are filled with the rich musical flavour of Rajasthan.

Lamhe is a visual treat for folk music and dance enthusiasts. The choreography by Saroj Khan is near perfection, depicting effortlessly the grace of the folk dances of Rajasthan. The landscapes of the desert enhances the visual appeal of every picturised song.

Lost in thoughts of Pallavi, little does Veeren know that she is in love with Squadron Leader Sidharth Bhatnagar (Deepak Malhotra). Meanwhile, Pallavi’s father Thakur Sahab loses all his property including the bungalow they live in to his step brothers in a court case. Succumbing to this grief and shock he passes away leaving Pallavi in the care of Veeren.

Veeren’s world comes crashing down when he finds out that Pallavi is getting married to Sidharth. However, true to his genuine self, without ever giving her an inkling of his feelings, he ensures she gets married and leaves her childhood home without any hiccups.

Enter Prem (Anupam Kher) Veeren’s childhood friend who comes and lightens the atmosphere with his warmth and gregariousness. He decides to stay with Veeren till he can get over Pallavi. After Pallavi and Sidharth’s departure, Veeren decides to move to London for good, along with Prem.

Further events unfold in a rather tragic fashion. A while down the road, Pallavi and Sidharth meet with a car accident and Sidharth dies while the pregnant Pallavi is fighting for her life in the hospital. The last straw that Veeren was perhaps hanging onto, comes undone when Pallavi dies leaving her baby girl (Pooja) with Daai-ja and Veeren.

Years pass by and Veeren learns to live with Pallavi’s memories. Ye Lamhe Ye Pal sung by Hariharan echoes in Veeren’s nostalgic moments throughout the film. He visits Rajasthan every year for Pallavi’s death anniversary rites but leaves every time without seeing little Pooja. 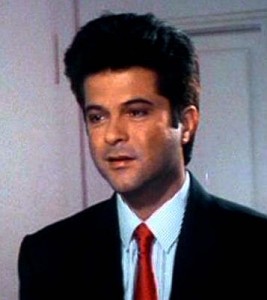 Though he provides for Pooja like she was his own, he can’t seem to forget the fact that Pooja was born on the day Pallavi passed away. For him, Pooja’s presence is a reminder of Pallavi’s absence in his life.

Little Pooja grows up fascinated by Veeren, ‘Kunwarji’ as she calls him. In her childish wishfulness, she announces to Daaija that she will marry Kunwarji when she grows up so he can never leave her. Day by day, year by year her love for him grows stronger. On Pooja’s 18th birthday, Veeren is finally faced with the inevitable – to Veeren’s shock Pooja is a spitting image of Pallavi. Yet again, life plays a cruel joke on him. However, with time he learns to deal with this too.

Soon Pallavi and Daaiji move to London where the story takes a substantial turn. Pooja, unaware of Veeren’s love for her mother in the past, finds her own feelings uncontrollable. She stops at nothing, not even when she finds out about Anita (Dippy Sagoo), Veeren’s friend and fiancé. Kabhi Main Kahoon by Lata Mangeshkar and Hariharan is a song that gives flight to her dreams. With a classic Yash Chopra picturisation, the song is recalled even today as one of the most romantic songs of the 90s.

Time passes rather well in London as Prem and Pooja’s antics keep everyone on their toes. Anupam Kher’s brilliant comic timing is tested and proved once again. His good natured character keeps the film light despite its serious undertone. Pooja expresses her love for Veeren and as expected, it is unsettling for him. Prem and Daaija support Pooja’s feelings for Veeren. A confrontation follows between Veeren and Pooja when Veeren tells her about his past. Heartbroken Pooja leaves for India with Daaija and Veeren decides to marry Anita and leave all his past behind. This is when Prem gives him a sounding off and reminds him that he is merely making a compromise by marrying Anita for he has no feelings for her.

Veeren realizes he is running after the shadow of Pallavi who never loved him. And in order to escape those feelings he is marrying Anita. In Pooja’s absence he finally realizes his deep love for her and the fact that he is rejecting the only woman who has loved him consistently all her life. Veeren goes back to Rajasthan and expresses his love for her.

Yash Chopra’s sensitive insights into relationships take his directorial skills to a whole new level in this film. His ‘hero’ confesses his love in a manner true to his character. In this case, Veeren, in this climactic scene, tells Pooja, his 18 years junior that he is madly in love with her. Here, Yash Chopra distinguishes himself as a director as he ensures in the moments of confession of his love, the character of Veeren maintains the silent charm that he has carried himself with throughout the film. Pooja and Veeren unite with Daaija and Prem’s blessings and the viewer assumes what can only be a happily-ever-after…