Kathakali is the ancient classical dance form of Kerala, India. This art form is a blend of music drama and dance.

The story is of Narakasura, a vicious demon and Jayantha, the valorous son of Indra (King of Gods).

Nakrathundi, Narakasura’s sister gets attracted to Jayantha and approaches him in the guise of Lalitha, a beautiful woman. Jayantha rejects her love and the disappointed demoness takes her normal form and attacks him.

Jayantha injures her and a shocked Narakasura vows to take revenge, only to find himself punished for his wrongs.

Karthika Thirunal
Karthika Thirunal Rama Varma, popularly known as Dharmaraja (King of Righteousness) (1733-1787) was an efficient administrator and a great connosieur of arts. Apart from Narakasuravadham, he had authored six other Aattakathas (Kathakali plays).

It is believed that Narakasuravadham was completed by his nephew Aswathi Thirunal Rama Varma. The Travancore Kingdom comprised of South Kerala and some parts of the present state of Tamil Nadu. 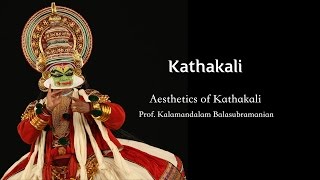 Kalamandalam Balasubramanian about the Aesthetics of Kathakali 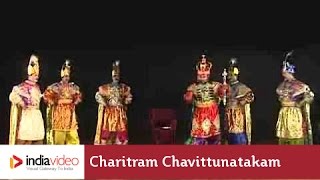 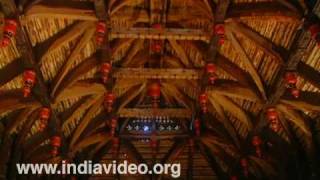 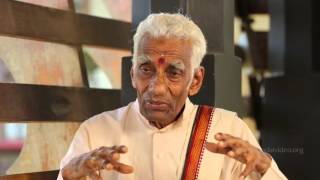 What is Kathakali and what does this dance drama convey? Nelliyode Vasudevan Namboodiri