The medieval city of Orchha is marked with many temples and palaces, most of which are even now preserved with proper care. Lakshmi Narayana temple, located on a hill top, is prominent among them.

This temple, dedicated to Goddess Lakshmi, was built by King Veer Singh of the Bundela dynasty in 1622. King Prithvi Singh renovated this temple in 1793. The temple resembles a fort, with four multi faced projecting bastions at its four corners. There are also slots for cannons to fire at the enemy.

There are many features in the temple, like windows, which are quite strange in a traditional Hindu temple architecture. The temple has no proper idol or deity though the images of Lord Krishna and Radha can be seen.

The temple is most remarkable for its exquisite murals, which are a mixture of Mughal and Bundela styles. The themes are based on Sage Valmiki’s Ramayana and Thulasidas’s Rama Charita Manas. 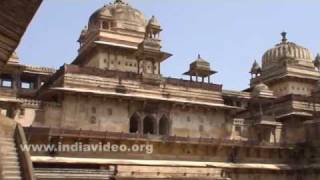 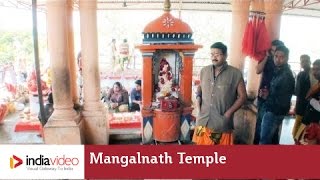 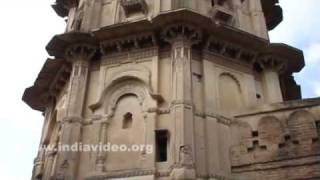 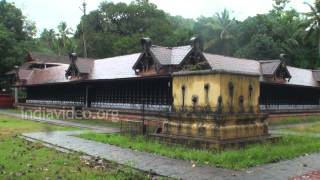