There was a move to introduce a bill ensuring every one including the untouchables to enter the temples. But certain sections of people stood against this. Gandhi was unhappy over this.

He was equally disturbed to find the congressmen’s internecine quarrels and their indiscipline and in that their practice was against the spirit of what they preached. Because of all this, Gandhi did not want to continue his relationship with the Congress party. He did not want to hide this from the people and so he issued a long statement explaining his mind and declaring that he had decided to quite the Congress.

He said several Congress people thought his charisma had eaten into their own importance. It was a fact that people and the congress had given great fidelity and trust towards him. At the same time the widening gulf of differences of opinion was also a fact. He gave top priority to hand-spun clothes and the spinning wheel, but the congressmen were not keen in keeping the spirit of his message.

I am a democrat, Gandhi said. Though it was he who introduced what was called the civil disobedience movement, he thought it necessary to work with the legislative council and continue the struggle.

He also noted that there was a young section in the Congress that believed in socialism. But he had basic differences of opinion in policy matters. If they won majority in the party, I might not be able to continue in the party, though he was a democrat himself. It was just because he could not think of entering into a fight within the party.

He believed in non-violence and many of the congressmen had no faith in it. For Gandhi civil disobedience was a part of his principles of satyagraha. For him truth was God. He could find his god only through non-violence.

The independence of his motherland itself was involved in his seeking after truth. For him the goal and the means to reach the goal should be clean and pure. And these were certain points where he had serious difference of opinion with his colleagues in the party.

The party constitution declared that the party’s goal of independence for the country had to be achieved by peaceful and just means. But Gandhi wanted to incorporate two more words to be incorporated in the definition of the means – truthful and non-violent. But the Congress committee rejected the idea. Gandhi did not relish it. For these valid reasons, I resign from the party, he wrote to the people of India. 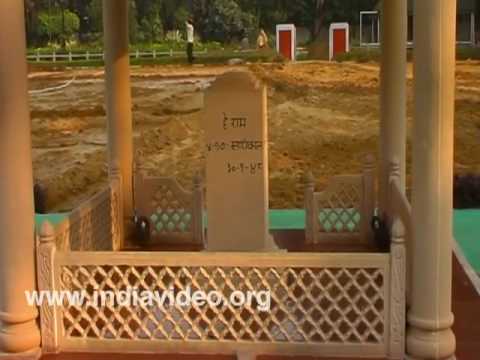