The one who wrote India’s national anthem, the one who wrote Bangladesh’s national anthem, the one who won the first Nobel Prize for India, the one who won the first Nobel Prize for Asia, the one who gave the honorific prefix ‘Mahatma’ to Gandhi’s name, the one who founded the famous ‘Shantiniketan’ which later became the ‘Visva Bharati’ university in Calcutta, the one who is the brightest cultural and literary icon of modern India, teacher, orator, poet, story writer, novelist, playwright, essayist, critic, traveler, philosopher, lyricist, painter, actor, singer, musician who established a typical musical style which came to be known after his own name as Rabindro Songeet. Such an impressively unique line of descriptions goes to Rabindranath Tagore., the one whose fame is second only to that of Mahatma Gandhi.

He was born in Calcutta (now Kolkotta, West Bengal), in a very famous and very rich family of very famous members, on May 7, 1861, as the fourteenth son of Maharshi Devendranath Tagore, one of the founders of the Arya Samaj. His mother Sharada Devi too was a highly informed person of artistic talents. His eldest brother Dwijendranath was a scholar of mathematics, philosophy and music. Another of his brothers, Satyendranath, was the first Indian to have passed the Indian Civil Service Examination. Jyotindranth, another brother, a singer, artist and playwright was the one who inspired, motivated and influenced him the most in his younger days. His sister Swarnakumari was an acknowledged storywriter in Bengal. His grandfather, Dwarakanath Tagore was a father figure for Calcutta, and the road on which their family home stood was named after him.

Tagore, as Rabindranath came to be known famously later, went to school for formal education only for a short period, and most of his schooling took place in his house itself. He began learning English at the age of eight. He also attended schooling in London, but did not complete any course. Ravi showed signs of what he was going to be as a writer and artist right from very young age. His first poem, headlined ‘abhilash’, was published in 1874 in the journal ‘Tatva Bodhini’. His poems started appearing frequently in the famous Bengal newspaper ‘amrita bazaar patrika’. In 1878, the 17 year-old Rabi’s first collection of poems, ‘kavi kahaniyam’ was published. What followed was a flow of poems, songs, and plays from the pen of the young Rabi. In 1881 his first novel also came out.

He got married in 1883 and his wife, Bhavatarani, a name that was changed to Mrinalini, was just ten years at the time of marriage. When kids were born to the couple, he wrote songs and poems for the kids that attracted instant popularity. When time came for their son Ratheendranath to go to school, Rabi thought of starting a school and that was the beginning of the famous Shantiniketan. It was the traditional gurukula system of education in which the teacher and the taught live together, that was adopted for Shantiniketan. It was his own ideas and ideals of education that he established in his school and later in the university famed as Visvabharati. Shantiniketan soon became the seat and center of India’s cultural renaissance.

Rabi lost his wife in 1902, his daughter Renuka in 1903, his father in 1905. He also lost his trusted lieutenant in Shantiniketan, Satish Chandra Roy, and this was a period of deep agony and irreparable losses for the poet. But he jumped into the struggle for the country’s freedom and against the division of Bengal in the same year he lost his father. He was in the forefront of organizing protest demonstrations when Tilak was arrested charging treason, and when Aurobindo Ghosh was arrested. When Annie Besant was elected president of the Congress Party at the convention in Calcutta (1911), Rabindranath was the head of the reception committee and it was for the convention that he wrote the famous song ‘Janaganamana…”, which became later India’s national anthem. But the poet withdrew from the political scenes when he found that politics in Bengal was turning towards extremism.

In 1913 Rabindranath Tagore was awarded the Nobel Prize for his book of 103 verses, Gitanjali, (published in English translation in 1912 with an introduction from W.B Yates) and this brought world-wide fame for the poet of India. It was the first Nobel Prize not just for India, but for the whole of Asia. But even before the Prize was announced, Gitanjali (the title means ‘offering of songs’) had wan all round appreciation from all over the world. In the Tagore family of stars like Dwarakanath, Devendranath, Abanindranath, Gaganendranath, the younger Rabindranath became the Sun.

Gandhi and Tagore were great friends, and the poet called Gandhi ‘Mahatma’ (which meant ‘great soul’). Gandhi and his wife Kasturba had visited and stayed at the Shantiniketan. But the poet did not agree with Gandhi in his methods of the civil disobedience movement and the boycott of foreign goods. Tagore also opposed Gandhi’s charkha movement aimed at hand-spun and hand-woven clothes.

Tagore died on August 7, 1941, leaving behind a huge contribution of 100 anthologies of 3000 poems, around 1400 songs, 50 plays, around 40 collections of stories, 15 collections of essays, around 3000 paintings and a unique system of music called Rabindra Sangeeth, which resonates with the pulsations of rural Bengal. 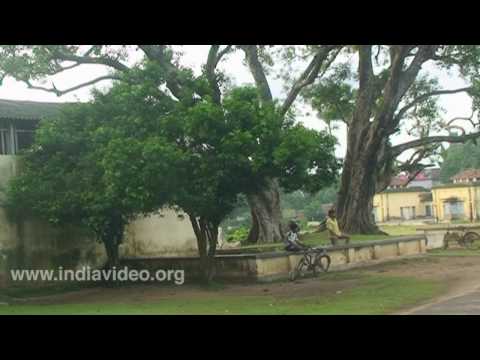 Monihara, one of the three stories of the film Teen Kanya or Three Daughters
00:50 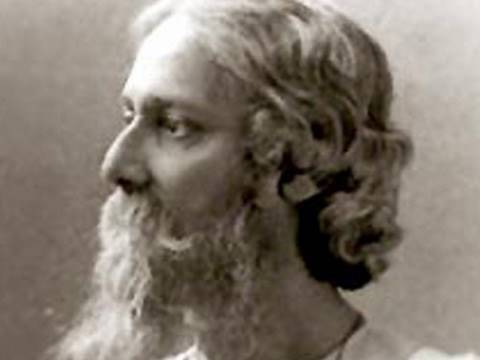 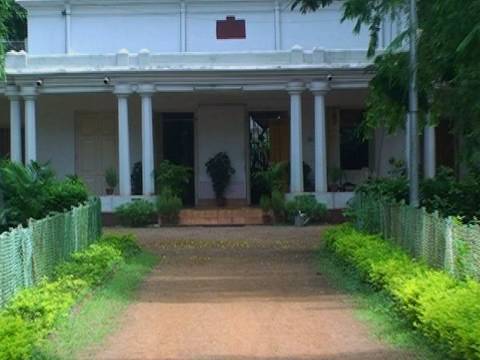 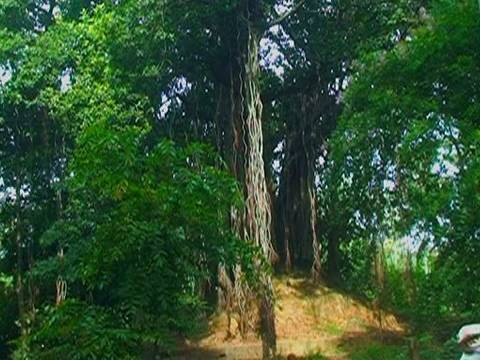 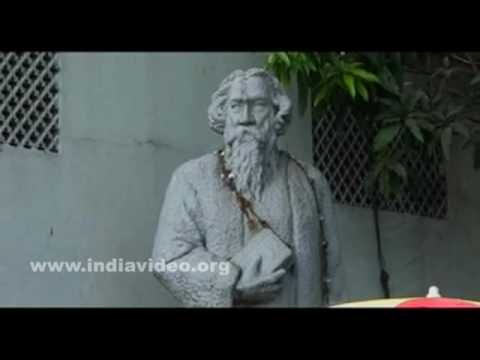 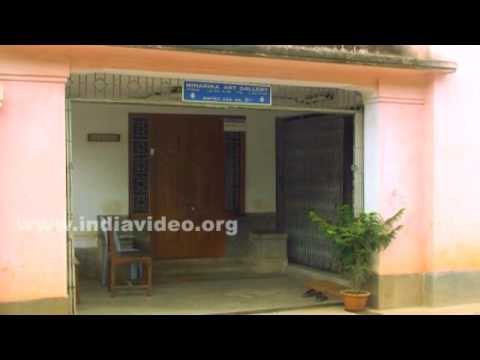 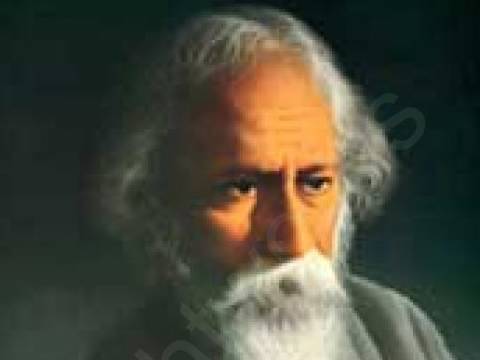 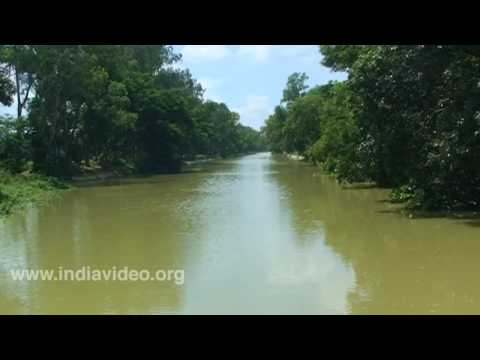 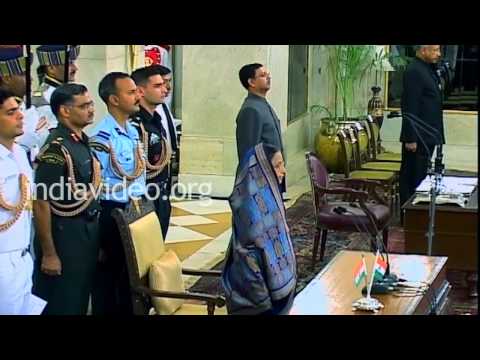 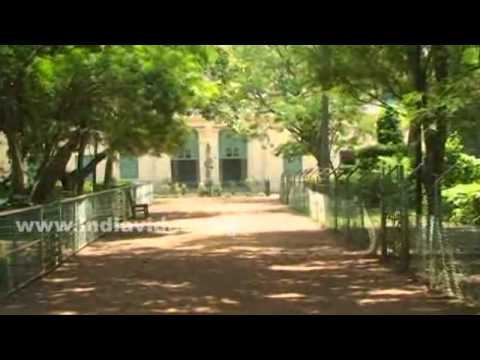 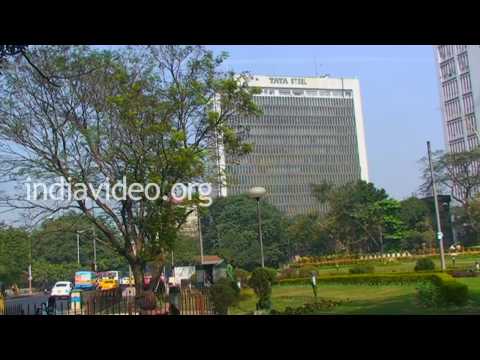 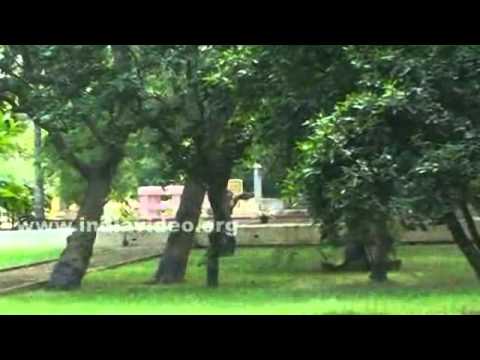 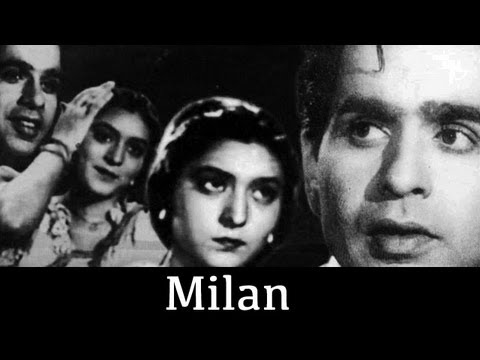