Himalayas, the mountain system on the northern part of India

The Himalayas form a part of an extensive mountain system. From Pamir Knot in Central Asia it swings in an unbroken arc of several parallel ranges for over 2413 km, rising abruptly almost like a wall flanking the northern, eastern or western borders of Indian subcontinent. Its central range, which is the highest, The Great Himalayas consists 40 peaks which rise to altitudes between 7620and 8840 meters The Himalayas become  the feeding ground of major Indian rivers. At various places within the Himalayan system many valleys and plateaus are formed like Kashmir and Kulu valleys. The high altitudes admit travel only to a few passes notably the Jelep La and Nathu La on the main. Indo Tibet trade route –through the chumbi valley, north east of Darjeeling and Shipke La the Sutlej valley, north east of Kalpa (Kinnaur).

In the east, between India and Myanmar (Burma) and India and Bangladesh hill ranges are much lower. Garo, Khasi, Jaintia, Naga Hills running almost east-west join the chain to Mizo and Rkhine Hills running north-south.
01:44 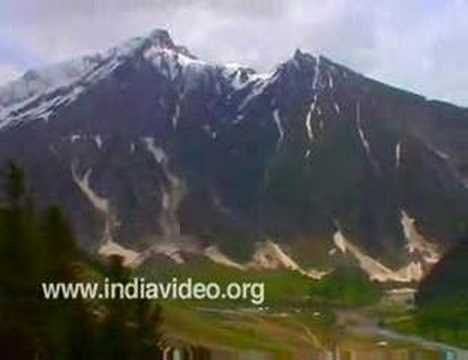 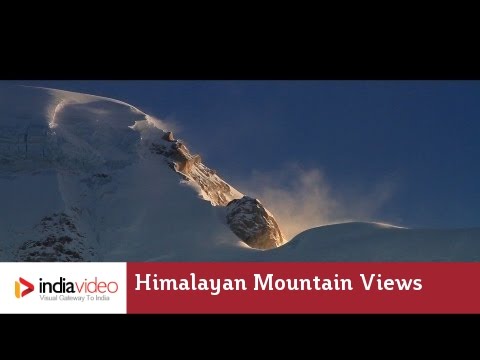 Mountains of the Gods