A great military conqueror, administrator, diplomat, scholar and poet, Krishnadeva Rayar was the supreme ruler of the famed Vijayanagara, one of the largest empires in India during and after the Mughal era. This empire was founded by Saint Vidyaranya in 1336 A.D., on the banks of the river Tungabhadra. Krishnadeva Rayar, who succeeded his brother Vira Narasimha, ruled over this empire from 1509 to 1529, during which period the empire reached the height of its power and glory.

Rayar improved the administrative set up of his country and the running of the fiscal affairs. A shrewd organizer and strategist, he established good relationship with the Portuguese and with their help managed to import horses from Persia and Arabia. At he also managed to influence the Portuguese not to give war horses to the Deccan sultanates. This enabled him to win several military victories over those sultanates.

Rayar made his empire centrally organized. Though the king (maharajah) was the supreme leader of governance, substantial powers were delegated to the minister, known as the mahapradhana. There was also a council of state comprising important feudal lords and representatives of merchant communities, and this council. There were provincial governors too. They were to collect land taxes and remit them to the treasury. They also had to levy tributes from the feudal landlords and vassal princes.

Hampi, the seat of Vijayanagara Empire has been declared by UNESCO as a World Heritage Center.

Under Krishnadeva Rayar the empire was extended over vast areas of Karnataka, Maharashtra and Andhra. Soon after he assumed power (1509), the Muslim rulers of Deccan, joining hands with Mohamed Shah, the Bahmani Sulatan, attacked Vijayanagara and declared jihad over it. But Krishnadeva won a decisive victory over them. The Sultan died in the battle. Krishnadeva chased the invaders and defeated them again and annexed a large area of their territory. What followed was a continuous stream of his successful military campaigns which seemed unending. Within 12 years after he assumed power, the limits of the Vijayanagara empire extended to South Konkan on the west, Vizag in the east, and many of the islands and the coastal areas of the Indian Ocean.

Though Rayar was a Vaishnavite Hindu, he remained tolerant of other sects and religions. He built many temples, developed roads and irrigation facilities. Villages were given autonomy.  All this made the period of his reign the golden era of South India. He was not just a soldier or a commander, a diplomat or administrator, but was also a writer of great literary abilities. He wrote in Telugu and Sanskrit. He died of a heart failure in 1529, before which he made his brother Achutharayar his successor. 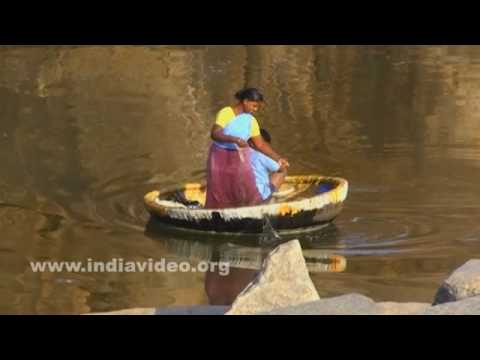 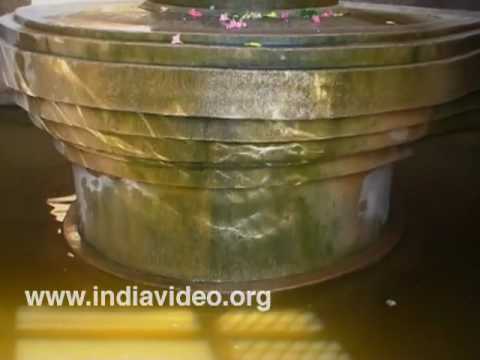 Jala Khandeshvaran, the monolithic shiva lingam at Hampi in Bellari
00:53 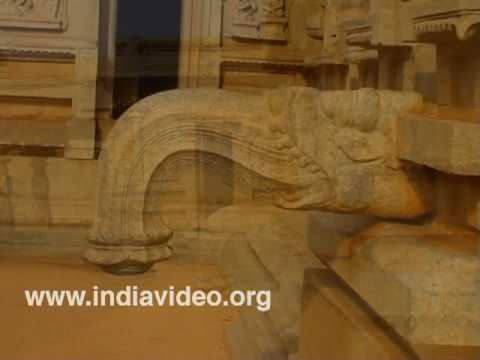 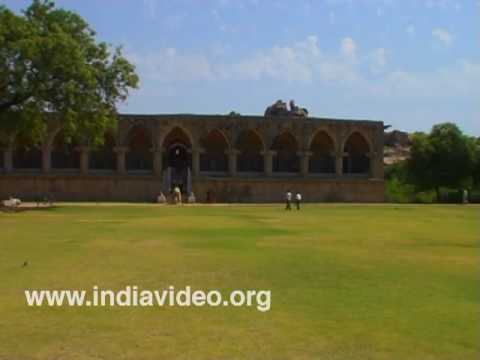 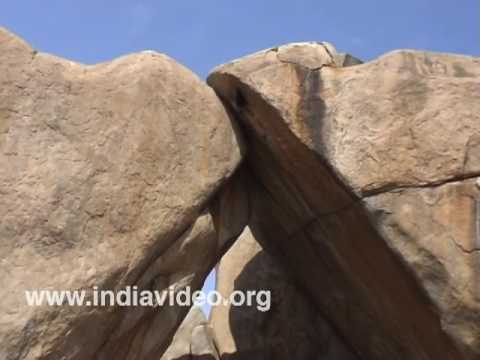 Sister Rocks and the surrounding rocks at Hampi
00:54 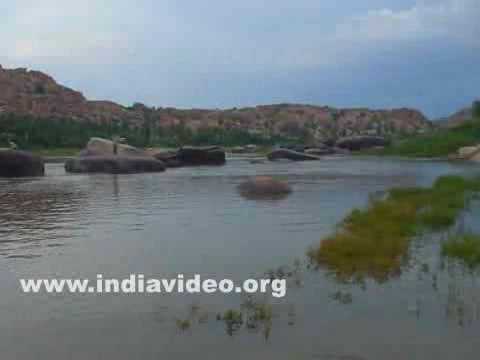