An artist of several mediums, author of films and plays, novels and short stories, director and producer of movies and dramas, self-proclaimed artist, organizer, activist and communicator, Ritwik ghatak (1925-1976) is ranked as an equal to Satyajit Ray in creative talents and originality. Ghatak's relationship with cinema was not because of any fancy or fascination or love for the art form that is cinema, but because it attracts millions of people at the same time. Ghatak insisted: "Film is not a form, it has forms." It was the massiveness of the audience that goes to the films that attracted him. He said, "It can reach millions at one go, which no other medium is capable of." And it was no wonder that quite often he made it clear that if there is any other medium that could attract more number of people than the cinema, he would throw the cinema out and accept the other medium! And he never followed the same style for his films. He said, "My first film was called a picaresque episodic film along the lines of the eighteenth century Spanish novel Gil Blas De Santillane; the second was called a film of documentary approach; the next was a melodrama, and the  fourth, nothing at all, just no film." He was a genius extra-ordinary. He spoke, wrote and did things in quite an uncommon manner. Every art form that he embraced was only a medium for him to communicate with the masses. "I make a film only to tell the people how I feel about the reality in life that I see around. Once completed, a film will go to millions of people. And therefore it is a very good medium to talk with the people. I make a film not for the film's sake; but for the people. They say that the television will replace the cinema. If it happens I will throw cinema away and turn to television," he said. But he made nine significant movies, and more than fifteen shorts and documentaries, and chaired the Indian Institute of Film and Television, Poona. Ghatak was born in 1925 in Jinda Bazar of Dhaka, now the capital of Bangladesh. His father, Suresh Chandra Ghatak, was trained in London and was deputy magistrate in Dhaka. The Ghatak family lived in special atmosphere of Indian-European combination. Right form his younger days Ghatak was interested in painting and music. His elder brother, Manik Ghatak, was a story writer and a liberal. Satish Ghatak, another brother was cameraman for New Theatre. Mahashwetadevi, famous novelist and winner of the Jnan Pith in 1996 is his sister. Ghatak ran off from home when he was 14, but returned only to repeat his feat thrice. He did not do well in formal studies, and on the advice of his elder brother he secured a small job with textile mill in Kanpur. It was how he came to know closely of the miserable life of the working class. After two years he returned to his parents, restarted his studies, passed his degree exam and reached Calcutta in 1950.

He had passed through some of the most traumatic periods in the 20th century India, like any other Indians, especially the Bengalis – the World War II, the culmination of India's freedom struggle and the dawn of freedom, the partition and the bloodshed, the influx of millions of refugees … It was from this cauldron that a new vision and a new hope emerged from across the horizon, and Ghatak became a communist. His first attempt at communicating with the masses was at the theatre. He had already become a member of Indian People's Theatre (IPTA). He wrote plays, produced, directed, and acted in order to convey to the masses his mind and thoughts. Then he switched to cinema, after mastering its theory, technique and grammar. The first film he completed was 'Nagarik' (1952-53), but it reached only towards the close of the 70's. But the first Ghatak-film that was released for public show was 'Ajantrik' (1957). It depicts the relationship of a taxi driver with his Chevrolet car. Ajantrik has been acclaimed as another milestone like Satyajit Ray's Pather Panchali in the history of Indian cinema. Then came in Bari Theke Paliye in 1959, Katho Ajnare in 1959, Meghe Dhaka Tara in 1960, Komal Gandhar in 1961, Subarnarekha in 1965, Titash ekti Nadir Naam in 1973, Jukti Takko Aar Gappo in 1974, all feature films. His documentaries and short films include Orions in 1955, Scissors in 1962, Ustad allaudin Khan in 1963, Bangalar Bamgadarshan in 1964, Fear in 1965, Civil Defense in 1965, Scientists of Tomorrow in 1967, Ye Kyom in 1970, Amar Lenin in 1970, Puruliar Chhau in 1970, Durbar Gati Padma in 1971, Indira Gandhi in 1972, Ram Kimkar: A Personal Study in 1975. Of the feature films, Katho Ajnare was completed in 1959, but it was released for exhibition only after Ghatak died. Nobody remembers now that the scripts for the famous pictures 'Madhumati' and 'Musafir' were written by Ghatak. Meghe Dhaka Tara, Komal Gandhar and Subarnarekha form the famous trilogy, and these portray the problems of the refugee families from the erstwhile East Pakistan. The first among these depicts the sacrifice of a woman in her attempts at re-structuring her family. Komal Gandhar is about the romantic struggle for the precious values in the backdrop of a drama troupe. But these pictures famously failed at the box office; and no producer ventured into Ghatak films after this experience. In spite of the brilliance of Ghatak, he remained more or less unknown outside India. But none other than Satyajit Ray remembered Ghatak as one of the best Indian directors of the twentieth century. Ray and Ghatak had mutual admiration and they praised each other publicly. Ray was a member of the Ritwik Memorial Trust. It was Ray who wrote the foreword to the volume of Ghatak's writing on cinema, Cinema and I. Ray wrote: "Ritwik was one of the few truly original talents in the cinema this country has produced. As a creator of powerful images in an epic style he was virtually unsurpassed in Indian cinema. Ritwik Ghatak died on February 6, 1976 in Calcutta.

Subarnarekha, a film by Ritwik Ghatak

Subarnarekha, a film by Ritwik Ghatak

Katrina set to do a Sonia Gandhi

Awara directed by Raj Kapoor, one of the most popular Indian cinemas

Padma Nadir Majhi or Boatman of the River Padma, film by Gautam Ghose

Pakeezah or The Pure One, a musical film in Urdu 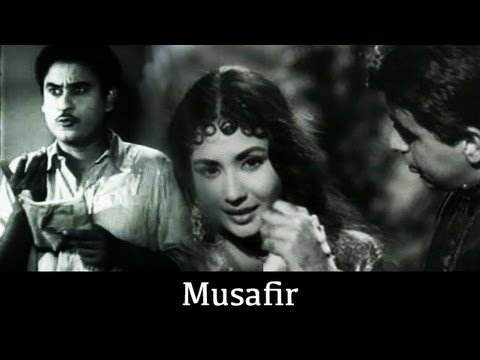 Monihara, one of the three stories of the film Teen Kanya or Three Daughters