Located in the Indian Ocean, in the southern reaches of the Bay of Bengal, near Indonesia and Thailand  union territory of India Andaman and Nicobar island  comprises of the  island groups - the Andaman Islands and the Nicobar Islands - which separate the Andaman Sea to the east from the Indian Ocean. The capital of this territory is the Andamanese town of Port Blair.

With a population of  356,152  and the total land area of approximately 8,249 km² in the Andaman Islands, the various Andamanese peoples maintain their separated existence through the vast majority of this time, diversifying into distinct linguistic, cultural and territorial groups. By the 1850s when they first came into sustained contact by outside groups, the indigenous peoples of the Andamans were the Great Andamanese, who collectively represented at least 10 distinct sub-groups and languages;the Jarawa,the Jangil (or Rutland Jarawa)the Onge and the Sentinelese (most isolated of all the groups).

The indigenous peoples of the Nicobars (unrelated to the Andamanese) have a similarly isolated and lengthy association with the islands. There are two main groups:the Nicobarese, or Nicobari, living throughout many of the islands and the Shompen, restricted to the interior of Great Nicobar.

There are over 570 islands in the territory, of which only some 38 are permanently inhabited. Most of the islands (about 550) are in the Andamans group, 26 of which are inhabited. The smaller Nicobars comprise some 22 main islands (10 inhabited). The Andamans and Nicobars are separated by a channel (the Ten Degree Channel) some 150 km wide.A total of 48,675 hectares of land is used for agriculture purposes. Paddy, the main food crop, is mostly cultivated in Andaman group of islands, whereas coconut and areca nut are the cash crops of Nicobar group of islands. 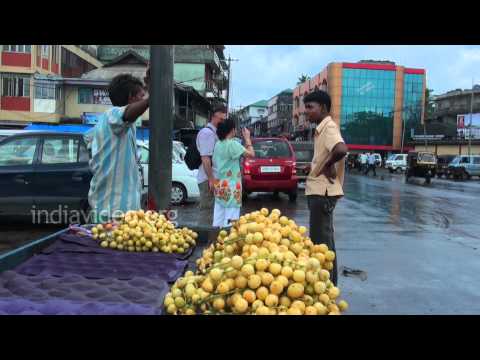 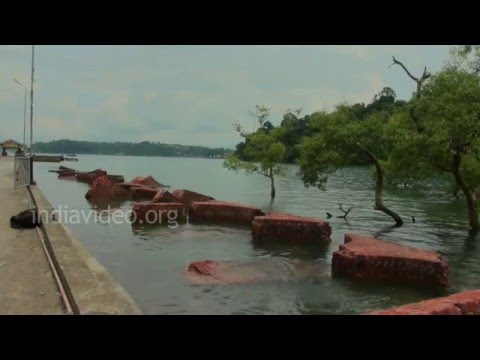 Ruins of aqueduct at Panighat, Andaman
00:57 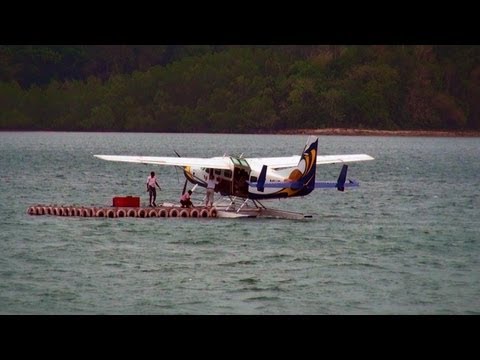 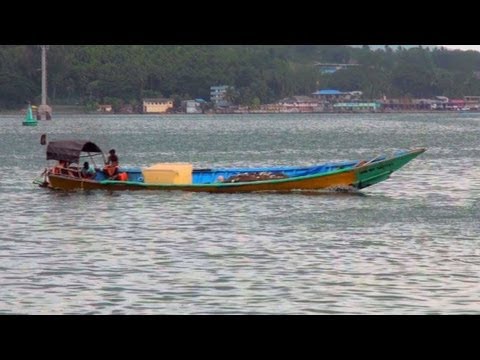