The Indian economy is the world's fourth largest on the basis of buying capacity. And it is the second fastest growing economy as has been testified by the 8.9% growth rate for the first three months of 2006-7. Two thirds of India's work force depends on agriculture or service sector directly or otherwise. The educated new generation that can handle English with commendable ease has made India a center of business outsourcing from several global corporations. India today is one of the countries exporting highly skilled software engineers and business managers.

A country uncompromising on the policies of socialist order of planning and firm governmental control over foreign trade and the private sector has shifted to the requirements of globalization by early 1990s. This new policy of encouraging economic modernization and privatization, cutting down on the governmental control and selling off public sector establishments to the private sector, has accelerated economic development; but in spite of this it has generated widespread and vehement criticism. India's biggest problems today are social and economic disparities, starvation as well as shortage of basic needs like drinking water, and electricity.

The Government's annual general budget is presented in the Parliament on the last day of February. The proposals in the budget when adopted would take effect from the 1st of April. Indian Rupee has legal tender in Nepal and Bhutan. The lowest denomination of the Indian currency is the coin for 25 Paise and the highest is the banknote for Rs.1000/-.

Mumbai is India's financial capital, where you have the headquarters of the Reserve Bank of India, the Bombay Stock Exchange and the National Stock Exchange. The money transaction in the country is controlled by the Reserve Bank, which came into existence on April 1, 1935. There are 23 stock exchanges now in operation. The share market is under the control of the Securities and Exchange Board of India, which came into existence in 1992.

There are 286 scheduled commercial banks, including foreign banks in India (2004). Of these 224 are in the public sector. And this includes 19 nationalized banks and 8 banks in the State Bank of India (SBI) group. The SBI and its 7 associate banks account for 13703 branches. Eight public sector banks and five private banks of India operate abroad (June 2005). These have 99 branches, 6 joint ventures, 16 subsidiaries and 25 representative offices spread over 42 countries. The Bank of Baroda stands first with its 38 branches. 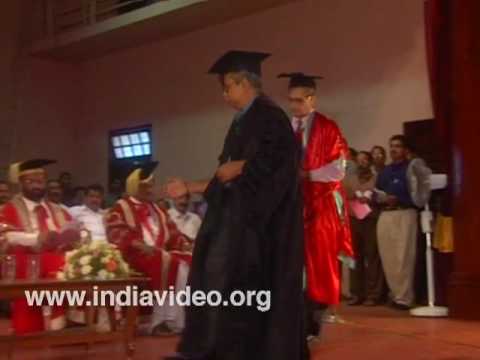