India, the World's largest democratic nation, is preparing itself for its next general elections to the Lok Sabha, the people's council of the country's Parliament. Around 700 million Indians are to go to polling stations in a couple of weeks to elect members to this house from 543 constituencies. (The Parliament has two wings, the Lok Sabha and the Rajya Sabha. The members of the Lok Sabha are directly elected normally every five years, by every citizen who has completed 18 years of age. While the Rajya Sabha is a permanent body, one-third of its 233 members, elected by the elected members of the State legislatures, retires every two years.)

The new Lok Sabha to be elected in the year 2009 will be the 15th since Independent India's Constitution came into effect on 26 January, 1950; and the life of the outgoing 14th ends early May this year. The elections are conducted by a constitutionally appointed and autonomous election commission. Elections in India are an international spectacle of amazing proportions and several unique specialties. It is a marvel in management. There are 3-4 thousand candidates, and about 700 million registered voters as mentioned above, out of which around 50 % would march to the polling stations from various constituencies. The Election Commission would draft the services of about 4 million people to manage the polling on the appointed dates in about 700,000 polling stations. The stations are spread over from the islands in the Indian Ocean in the deep South to the deserts on the western deserts of Rajasthan to the snow-clad mountains of the Himalaya ranges on the north and the high ranges of Assam and Arunachal Pradesh in the east. And mobilizing the voters politically for the biggest parliamentary democratic exercise in the world is an endeavor of gigantic magnitude. The world is going to witness all this again when once the electoral process to the People's council of India's Parliament is set to motion for its 15th Lok Sabha elections.

Indian Parliamentary democracy is powered by a multi-party system. No single party can command an absolute majority in the Lok Sabha of late and this has led to multi-party alliances. At present there are two alliances, the U.P.A (United Progressive Alliance), led by the Congress Party and its Prime Minister Dr. Manmohan Singh), and the N.D.A (National Democratic Alliance), led by the Bharatiya Janata Party and its Prime Ministerial candidate Lal Krishna Advani). There are some other alliances also in the fray for parliamentary power. 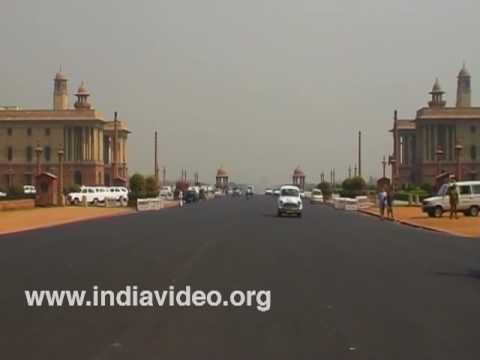