Rajasthan is now the largest state of the Republic of India in terms of area and is part of west India. It encompasses most of the area of the large, inhospitable Great Indian Desert (Thar Desert), which has an edge paralleling the Sutlej-Indus river valley along its border with Pakistan. The region borders Pakistan to the west, Gujarat to the south-west, Madhya Pradesh to the south-east, Uttar Pradesh and Haryana to the north-east and Punjab to the north. Rajasthan covers an area of 342,239 km² (132,139 mi²).

The state capital is Jaipur. Geographical features include the Thar desert along north-western Rajasthan and the termination of the Ghaggar River near the archaeological ruins at Kalibanga, which are the oldest discovered so far in the subcontinent.

Rajasthan has Mount Abu and its world-famous Dilwara Temples, a sacred pilgrimage for Jains. Eastern Rajasthan has two national tiger reserves, Ranthambore and Sariska, as well as Keoladeo National Park near Bharatpur, once famous for its bird life.

Rajasthan was formed on 30 March 1949, when all the erstwhile princely states ruled by Rajputs, known as Rajputana, merged into the Dominion of India. Historical traditions are that Rajputs, Naths, Jats, Bhils, Ahirs, Gujjars, Meenas and some other tribes made a great contribution in building the state of Rajasthan.

The main geographic features of Rajasthan are the Thar Desert and the Aravalli Range. The latter runs through the state from south-west to north-east, almost from one end to the other, for more than 850 km. Mount Abu is at the south-western end of the range, separated from the main ranges by the West Banas River. A series of broken ridges continues into Haryana in the direction of Delhi where it can be seen as outcrops in the form of the Raisina Hill and the ridges farther north.

Rajasthan's economy is primarily agricultural and pastoral. Cotton and tobacco are cash crops. It is the largest producer of edible oils in India and the second largest producer of oilseeds. Rajasthan is also the biggest wool-producing state in India. The annual camel and cattle fair at Pushkar held in November - December is a big crowd-puller.

Rajasthan is culturally rich and has artistic and cultural traditions which reflect the ancient Indian way of life. There is rich and varied folk culture in the villages which is both fascinating and mesmerizing. The Ghoomar dance from Udaipur and Kalbeliya dance of Jaisalmer have gained international recognition. Folk music is a vital part of Rajasthani culture. Kathputali, Bhopa, Chang, Teratali, Ghindar, Kachchighori, Tejaji etc. are the examples of the traditional Rajasthani culture. Folk songs are commonly ballads which relate heroic deeds and love stories; and religious or devotional songs known as bhajans and banis (often accompanied by musical instruments like dholak, sitar, sarangi etc.) are also sung.

Malani or Marwari horses at Jaipur in Rajasthan
00:48 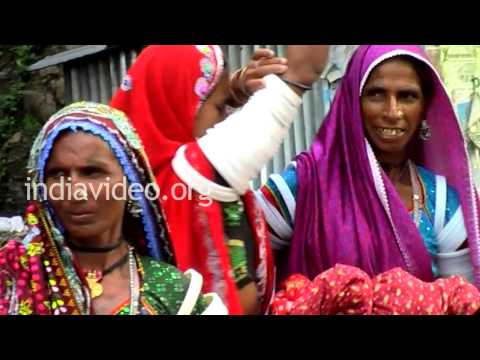 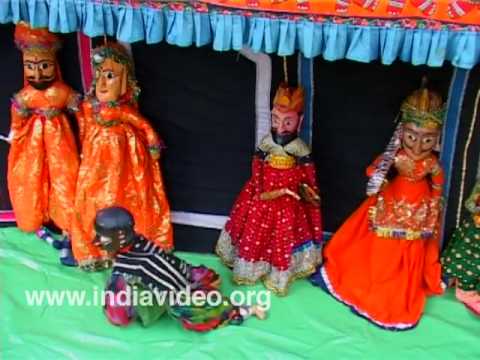 The puppets from Rajasthan do dance
00:17 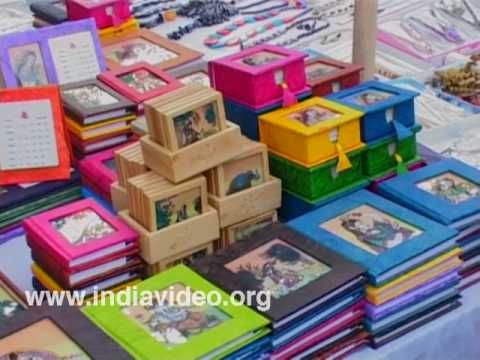 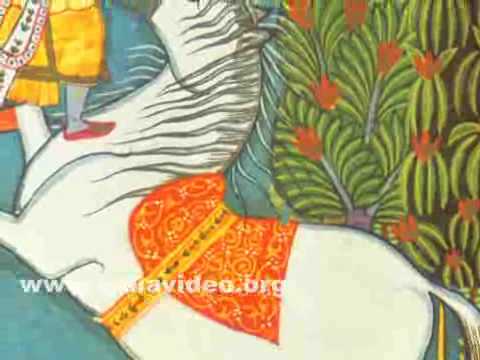 Killing of Kesi the horse-demon by Krishna
00:38 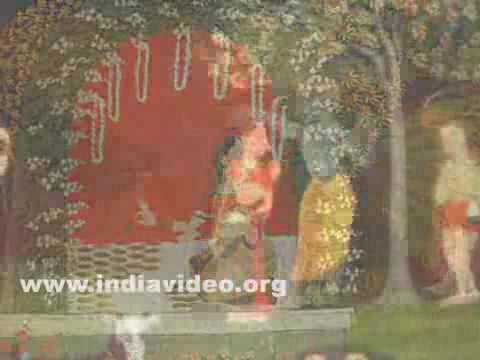 Krishna sheltering Radha from the rain

Tourist train at Udaipur in Rajasthan