Nagaland is a hill state located in the far north east part of India. It borders the state of Assam to the west, Arunachal Pradesh and part of Assam to the north, Myanmar to the east and Manipur to the south. The state capital is Kohima, and the largest city is Dimapur. With a population of nearly two million people, it has a total area of 16,579 sq. km. making it one of the smallest states of India.

After the independence of India in 1947, the area remained a part of the province of Assam. Nationalist activities arose amongst Naga tribes, who demanded a political union of their ancestral lands. Native groups damaged government and civil infrastructure, and attacked government officials and Indians from other states. The Union government sent the Indian Army in 1955, to restore order. In 1957, the Government began diplomatic talks with representatives of Naga tribes, and the Naga Hills district of Assam and the Tuensang frontier were united in a single political entity that became a Union territory – directly administered by the Central government with a large degree of autonomy. In July 1960, a further political accord was reached at the Naga People's Convention that Nagaland should become a constituent and self–governing state in the Indian union. Statehood was officially granted in 1963 and the first state–level democratic elections were held in 1964.

Nagaland is largely a mountainous state. The Naga Hills rise from the Brahmaputra Valley in Assam to about 2,000 feet and rise further to the southeast, as high as 6,000 feet. Mount Saramati at an elevation of 12,552 feet is the state's highest peak – this is where the Naga Hills merge with the Patkai Range in Myanmar. Rivers such as the Doyang and Dhiku to the north, the Barak river in the southwest and the Chindwin river of Myanmar in the southeast, dissect the entire state.

About one-sixth of Nagaland is under the cover of tropical and sub-tropical evergreen forests including palms, bamboo and rattan as well as timber and mahogany forests. While some forest areas have been cleared for jhum cultivation many scrub forests, high grass, reeds and secondary forests remain. Wild dogs, pangolins, porcupines, elephants, leopards, bears, many species of monkeys, sambar, deers, oxen and buffaloes thrive across the state's forests. The Great Indian Hornbill is one of the most famous birds found in the state.

The tribes of Nagaland are Lothas, Angami, Ao, Chakhesang, Chang, Khiamniungan, Konyak, Phom, Pochury, Rengma, Sumi, Sangtam, Yimchungru, Zeliang of which the Angamis, Aos, Lothas and Sumis are the largest Naga tribes. Tribe and clan traditions and loyalties play an important part in the life of Nagas. Nagamese, a variant language form of Assamese with local dialects is the most widely spoken language.

Agriculture is the most important economic activity in Nagaland, with more than 90% of the population employed in farming. Crops include rice, corn, millets, pulses, tobacco, oilseeds, sugarcane, potatoes and fibres. However, Nagaland still depends on the import of food supplies from other states. 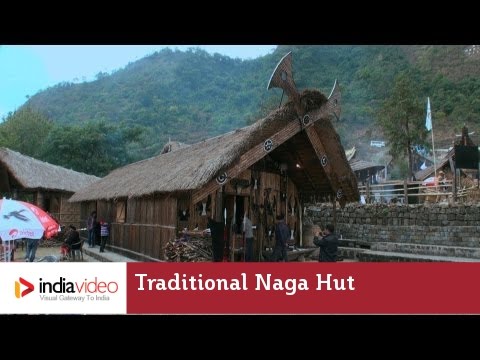 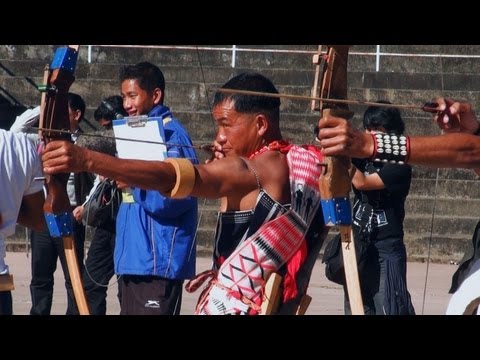 Morung of Zeliang tribe and the archery competition 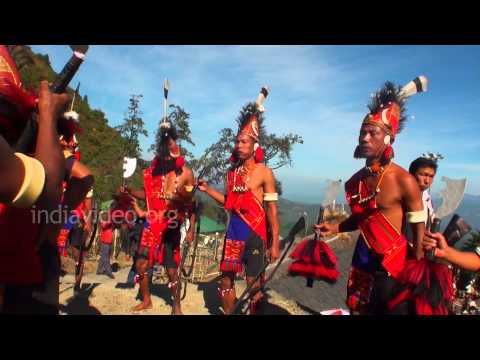 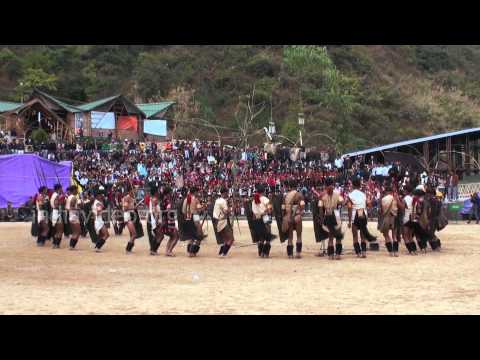