The uniqueness of the expertise in Indian Painting is certified by the Ajanta murals (BC 2nd century – AD 7th century). Go to Padmapani of Cave 1, stand before the magnificence of the mural and it will speak to you silently about the beauty of the creative talent of a bygone age. The hair from the tail of a squirrel was the brush. The burning torches or the burners provided the light inside the cave at times a mirror played the reflector for the Solar rays. And the Buddhist monks sat in a deep experiential bliss of creativity under the reflected rays for a long hour, for hours, for days on end and proved that they were the talented forefathers of the future impressionism and abstractism. Mark it that they did all this long, long before the theories of aesthetic partisanism or the like struck the domain of arts. The ancient Indian texts on arts prescribed how to prepare the wall surface for murals ("Brick powder of three kinds has to be mixed with clay, one third part. Having mixed saffron with oil, should mix gum resin, beeswax, liquorice, molasses and mudga preparation in equal parts. On third part of burnt yellow bel-tree destructive of all injurious agents mixed in proportion of two to one should be added by an intelligent artist and the artist should drench this mixture with moist split pulse dissolve in water – from Vishnudharmottaram, Part III. And then see another prescription: "Among the colors, the white should be of five kinds and the dark of twelve kinds. Bright gold, light white, tooth-white, pure-sandal-white, autumn-cloud-white and autumn-moon-white… The varieties of shyama (black) should be reddish-dark, brownish dark, greenish sprout dark and grayish dark…").

Ellora paintings provided another style of new lines, by bringing in a circular serialization. Other than the frescos and hindu temple arts, the Buddhist palmyra leaf manuscripts, the Jain texts, and the Deccan, Mughal and Kangra schools of miniature Indian painting stood witness to the great traditions the country nourished. The uninitiated might think that these are a clutter of masculine and feminine figures. But Indian miniature painting gives the visual images of the emotional and perceptive concepts that define Indian classical music. And it transforms the universal bliss provided by music into another level. The colors that accompanied the folk songs lay melting in the creations. And then the painting in India acquired the dynamism time provided.

Indian Paintings have acquired an honorable stature, and starting with the Bengal school of painting, many of contemporary painters have assimilated the modern trends in arts, blowing across the planet. Many Indian painters have received international recognition and their paintings have fetched huge sums of money from international auctions. Among the famous Indian painters are Abanindranath Tagore, nephew of poet Rabindranath Tagore, Raja Ravi Varma of Kilimanoor Palace, Kerala, Amrita Shergill, born in Budapest of Indian father Umrao Singh Shergill Majithia and Hungarian mother Marie Antoinette Gottesmann, a singer, F.N. Souzaof Goa, Jamini Roy, one of the greatest painters of the last century, K.C.S. Paniker of Kerala,  Jatin Das of Orissa, Rabindranath Tagore the poet and composer, Ram Kinkar Satish Gujral of Delhi, Tyeb Mehta, M.F. Hussain of Maharahstra, and Nandalal Bose of Bengal, and a host of younger painters like and A. Ramachandran of Kerala, Viswanathan of Paris, and Akkittam Narayanan of Paris. 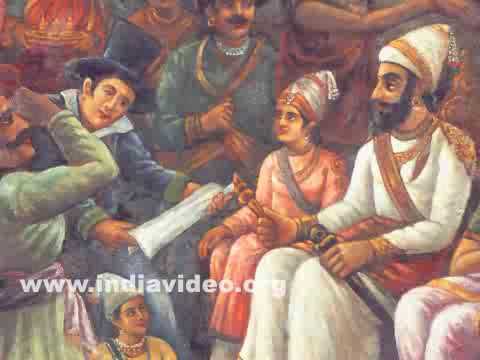 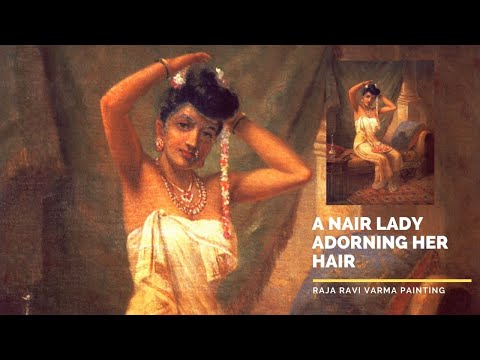 A Nair Lady adorning her hair with a garland of Jasmine by Raja Ravi Varma
00:29 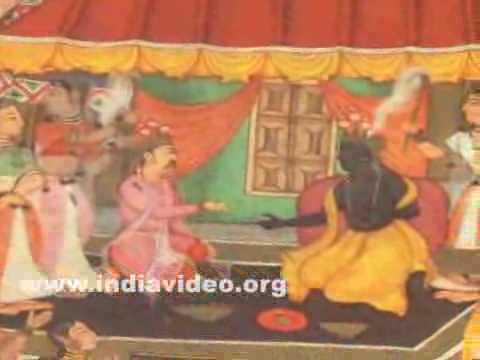 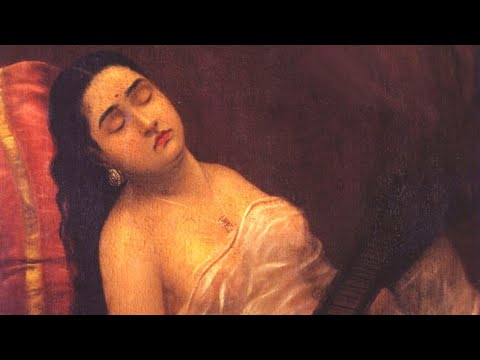 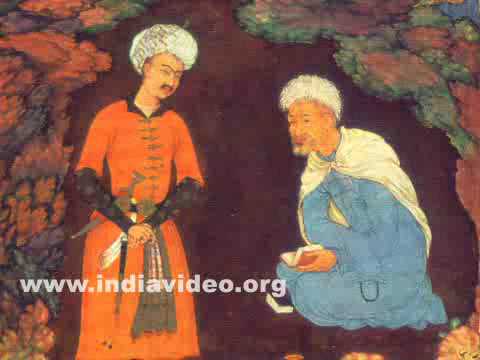 Painting by Abu'l Hasan, from a manuscript closely resembling panchatantra
00:22 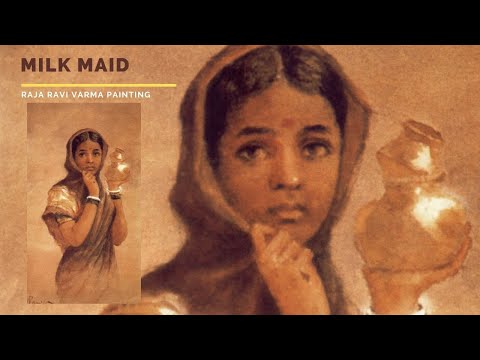 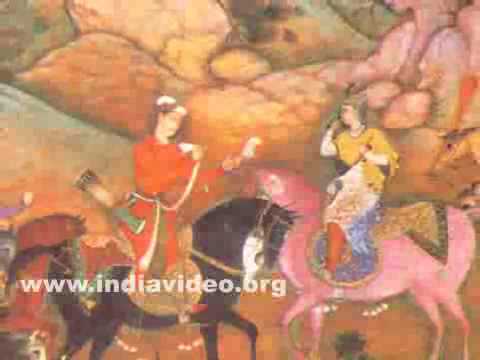 Khusrau and Shirin meet on the hunting grounds
00:32 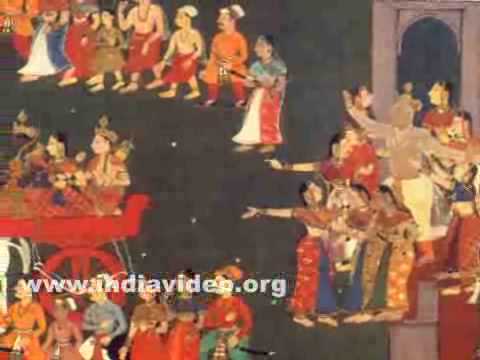 Painting from Ayodhyakanda of Ramayana