The Vedic Age, an important period in the history of India

The next important age in the history of India after the Indus Valley Civilization is the Vedic Age. It was during this period that India presented to human culture one of its invaluable contributions – the Vedic Literature. It was attributed to the Aryans who flourished in India as a well-knit agricultural society. Their origin is thought to be somewhere in the ancient central Asiatic region from where they migrated to the rich Indian plains, after long wars with the locals. This is evident in their literature. The Aryans flourished in India and developed into a well-established agricultural community. The Vedic literature comprises mainly the four Vedas (The Rig Veda, the Yajur Veda, the Sama Veda, and the Atharva Veda). Then there are the Brahmanas, the Aranyakas, the epics of Ramayana and the Mahabharata, and the Upanishads that represent the culmination of the Vedic thought.

It is customary in India to classify the Upanishads as the final part of Vedic literature. They comprise a group of texts that include various religious and philosophical interpretations of Vedic myths and rites. The texts of the Upanishads represented both the culmination of the Vedic period in Indian culture and also its natural limit. In essence the Upanishads represent the first attempt to explain the world within the framework of a single teaching. The ‘karma’ doctrine that is found in the Upanishads constituted one of the basics principles of Indian religions. It was in the great plains consisting of the Punjab (including the western one now in the modern Pakistan) and the Gangetic valley that the Vedic period flourished and contributed greatly to human civilization and culture.

The Vedic Age in Indian history is generally regarded as the period between 1500 – 500 BC. It was during this period that the states called the mahaajanapadas of northern India took shape.

It was during this period the so-called chaturvarnya system of social layering came into existence. The chaturvarnya or the four-layered arrangement of social order established the caste system in India – the priestly class of brahmins, the warrior class of the kshatriyas, the trading and farming class of the vaishyas, and the working class of the shudras. Unlike in the urban Indus Valley Civilization, the Aryan culture was basically pastoral and agricultural. The people worshipped the thunder and rain god Indra, the fire god Agni, the earth and sea god Varuna, the sun god Surya, the air god Vayu and the like. No serious dispute has come up in that this has an Iranian touch about it. 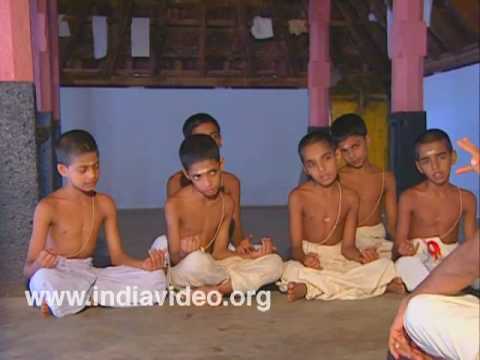 Learning the Vedas - the continuing tradition
00:30 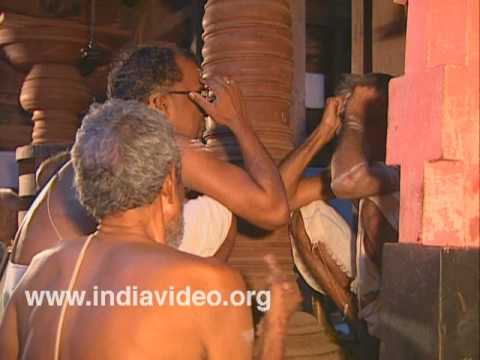 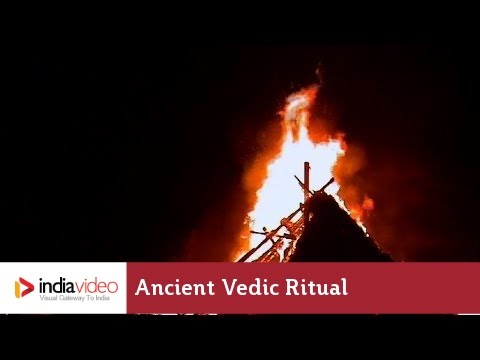