“OM! Having bowed down to Narayana and Nara, the most exalted male being, and also to the goddess Saraswati, must the word Jaya be uttered… Ugrasrava, the son of Lomaharshana, surnamed Sauti, well-versed in the Puranas, bending with humility, one day approached the great sages of rigid vows, sitting at their ease, who had attended the twelve years' sacrifice of Saunaka, surnamed Kulapati, in the forest of Naimisha. Those ascetics, wishing to hear his wonderful narrations, presently began to address him who had thus arrived at that recluse abode of the inhabitants of the forest of Naimisha…” Thus begins the Mahabharata, one of the two great epics of India, written in Sanskrit, seven times larger than Iliad and the Odyssey combined. In fact it is the longest single poem in the world, which keeps on energizing and influencing the Indian mind at least for the last twenty centuries. However, the other ancient Indian epic Ramayana by Sage Valmiki is considered as the first poem.

The Mahabharata is a string of hundreds of stories, all centered round the main theme of the Great War at Kurukshetra between the Kauravas and the Pandavas, cousin-princes of the rich Kuru land, north of Delhi, on the question of the right of rule. The Kauravas were the hundred sons of Dhritarashtra, and the Pandavas the five sons of Pandu, the ruling king. Dhritarashtra was the elder, but he was blind and that was how the younger Pandu became the king and his sons, the Pandavas acquired the right of rule. But the Kauravas would not let their cousins to be the heirs to the throne, and plots were laid out and the Pandavas were forced to go out of the country.  In order to settle the issue and the quarrel between the cousins, a formula was chalked out and the country divided into two, according to which the Kauravas would rule their share of the country from Hastinapur and the Pandavas would rule over their share from Indraprastha. This too was not to the liking of the Kauravas who made another plot to send out the Pandavas. They challenged their cousins to a match of dices. The game was manipulated shrewdly and the Pandavas who staked all their possessions one by one, lost everything including their kingdom. And in another compromise effort, the Pandavas were assured their kingdom back if they went to a forest life for twelve years and one year's exile in cognito. When this period ended, the Pandavas asked their cousins to return their rightful kingdom. Seeing that this demand was rejected, they declared war on the Kauravas. It was in the field of Kurukshetra where they fought for eighteen devastating days the Pandavas won the battle with the support of Krishna, and all the Kauravas were killed. The Pandavas regained their right to rule and they ruled for a long period of peace and prosperity. Finally, handing over the crown to a grandson, they went away to the Himalayas and that was the end of it.

This central theme of Mahabharata is intertwined with several sub-plots and episodes this is what makes the narration all the more interesting and gripping. The famous Bhagavad Gita, the holy text of Hinduism, appears as a part of the Mahabharata, in the form of Lord Krishna's presentation of his theory of Karma to Arjuna, the legendary archer, for whom Krishna played the charioteer in the war.

The authorship of the Mahabharata is attributed to sage Vyasa, but scholars and experts are of the opinion that the text of Mahabharata had been written during a period of some 3-400 years, by several writers, as is indicated by the difference in the language and style in the several interpolations.

Historian Romila Thapar opines that the events depicted in the Mahabharata took place between c.1000 and 700 BC., but they cannot be taken as authentic sources for the study of the period. But she refers to certain excavations made in the areas described in the epic: "The site at Hastinapur, the capital of one of the families involved in the Mahabharata war, was recently excavated, a part of it was found to have been washed away in about 800 BC., by the flooding of the river Ganges, on the banks of which it was situated. This incident is referred to in the puranas as having occurred in the reign of the seventh successor to the king ruling at Hastinapur immediately after the war, which would suggest c.900 BC, as the approximate date for the war. "

D.D. Kosambi, another historian, while discussing the historical outline of the culture of ancient India points out the epic's stories take shape from three different sources – the Puru-Kuru battle songs, the episodes from the myths of tribals of the forests, and the heroic accounts of the Yadus. The authors of the epic intelligently connected these three sources and placed it in the geographical scene of Delhi - Meerut - Madhura. Metals, especially iron, were known during the period, though not in abundant supply. 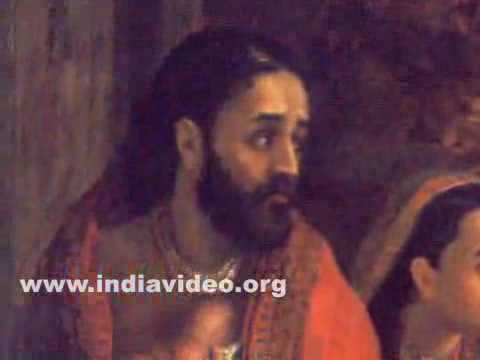 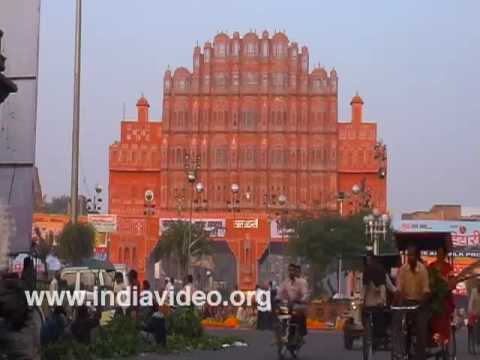 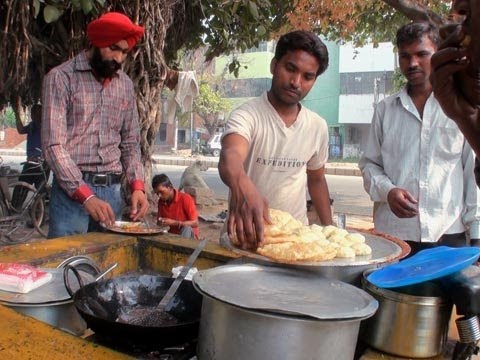