Name the most important river of India, and you name the Ganga or the Ganges. The Hindus worship it giving it divine status.

The great river takes it form as Ganga, from the union of the Himalayan rivers of Alakananda, Dhauliganga, Mandakini, Pindar and Bhagirathi. It is known as Ganga when the Bhagirathi joins with the other four at Devaprayaga in the Uttarakhand state. The Bhagirathi, originating from the Gomukh cave of the Gangotri Glacier, of some 7,756 meter height, is the source stream of the Ganga. Alakananda comes out from a corner of Mount Nandadevi. At Allahabad of Uttarpradesh, Ganga meets Yamuna. The tributaries Kosi, Son, Gandak, Ghaghara, Baghmati, Ramganga, Gomati, Kaali, Rapti etc., too join Ganga and thus the river assumes the size of a gigantic flow and crosses over to West Bengal through Bihar. As the majestic river enters Bangladesh, it is known as Padma. And in Bangladesh, Jumna, and Meghna, both tributaries of the Brahmaputra too join the Ganga. Before it falls in the Bay of Bengal, the majestic river forms the large Gangetic delta called the Sundarbans, 350 sq. km., one of the largest of its kind in the world.

The role of Ganges or Ganga in the shaping up of the history and culture of India is enormous. The Gangetic plains are one of the most densely populated and cultivated in the world. 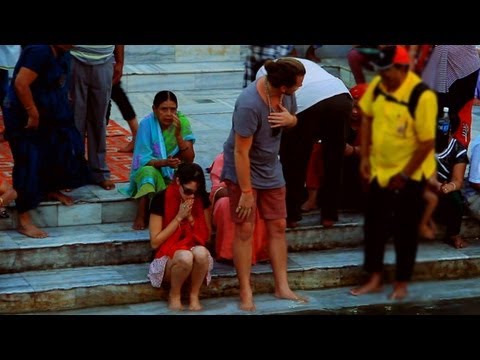