The most serene place, Mahabalipuram is located on the Coromandel coast. It is situated at a distance of around 58 km from Chennai, the capital city of Tamil Nadu state in southern India. Mahabalipuram’s height is at the mean sea level of the Bay of Bengal.

History:
Mahabalipuram was once established as a sea port in the 7th – 10th century by the famous southern kingdom called “Pallavas”. The Pallavas ruled Kanchipuram with this place as their capital. As per Hindu mythology, the place was named after a king named “Mahabali” who was killed by Lord Vishnu in this place.

Prior to Pallavas, the Gupta dynasty ruled over the place. However, it was in the reign of Pallavas, the place reached its prominence. The place was also called as “Mamallapuram” (means the great wrestler). This name indicates King Narashima Varman I.

The heritage and richness of Mahabalipuram was not revealed by Pallavas to the outside world for significant reasons. However, they preserved the place well and it now attracts many tourists.

Shore Temples:UNESCO has listed the Mahabalipuram shore temples in the list of the world’s heritage sites. Construction was started in 7th century, but completed by King Rajashima, son of Narashima Varma I. Visitors can see beautifully carved Hindu deities in these temples. There are three temples among which two are dedicated to Lord Shiva and one enshrines Lord Vishnu.

Panch Rathas:
Being perfect examples of Dravidian style of architecture, the Panch Rathas (Five Chariots) are located in a sandy compound. These Rathas depict the Buddhist shrines and monasteries. The minuteness of the carvings captivates the viewers. Each of these Rathas is associated with five brothers (Nakula, Arjuna, Bheema, Sahadev and Yudhistar) and their wife (Draupathi) mentioned in the great Indian epic called Mahabharata.

Mandapams:
These rock cut Mandapams or pavilions are located on the main hillock in Mahabalipuram. There are three Mandapams dedicated to “Krishna”, “Mahishasuramardhini”, and “Varaha” respectively.

Arjuna’s Penance:
This massive open air bas-relief was constructed in the 7th century. Here tourists can feel the intricacy in carving the beautiful sculptures on a whale shaped rock which is 96 ft long and 43 ft high. Sculptures of Hindu deities, nagas, nymphs, birds, animals, the sun, moon, saints, siddhas etc., are carved out in such a way that they all appear to be hurrying to witness the miracle which was going to happen.

Krishna’s Butter Ball:
This is nothing but a huge amazing boulder perched on a hill slope near Ganesha Ratha in Mahabalipuram. Even with the help of elephants, it was not possible for the Pallavas to move this boulder.

Sculpture Museum:
This is located south of the bus stand in Mahabalipuram. It has a huge collection, nearly 3000 sculptures, which are carved out of wood, metal such as brass and also cement. This place is worth visiting.

Cholamandal Artist’s Village:
This place was established in 1965. It is just 38 km from Mahabalipuram. Tourists can explore various traditional arts here. They can interact directly with various artists at the village.

The nearest airport is in Chennai (58 km) and the nearest railhead is in Chengalpattu (30 km). The place is well connected with Chennai and Pudhucherry by the well laid East Coast Road (ECR). 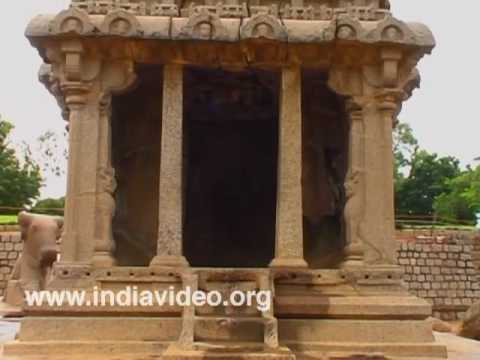 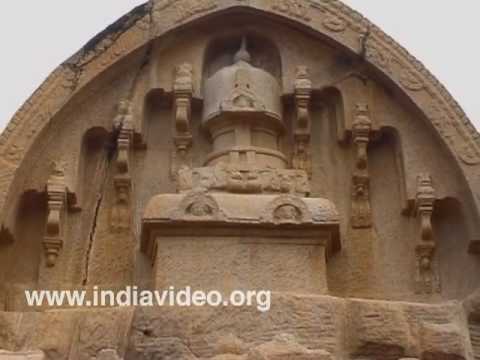 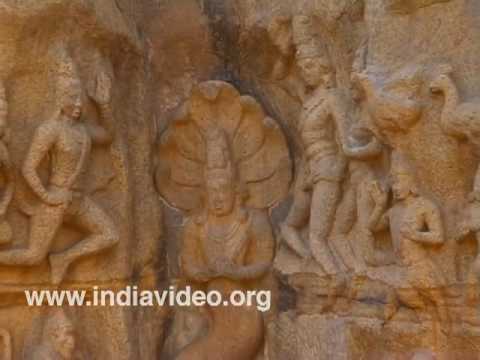 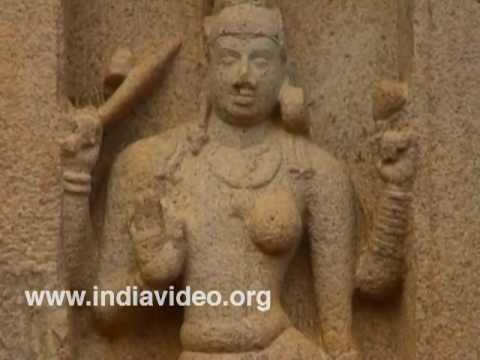 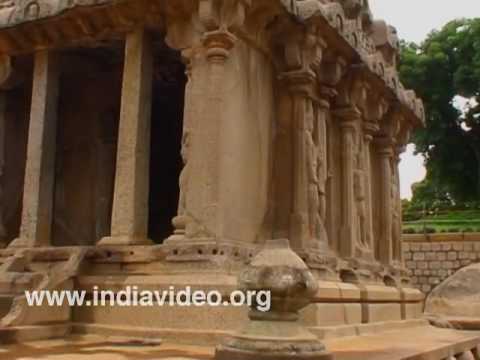 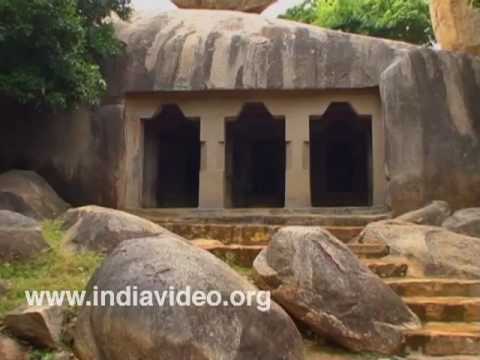 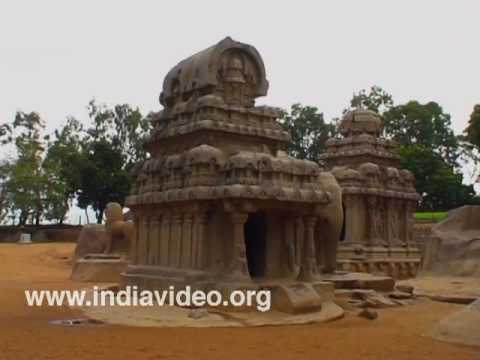 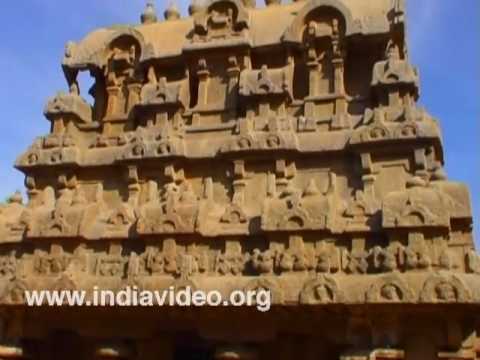 Ganesh chariot or Ratha at Mahabalipuram
00:55 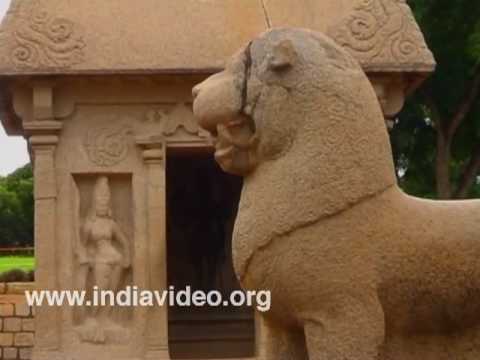